Can you Treat Fibromyalgia with Chiropractic Care?

Have you ever wondered if there was another way to treat your fibromyalgia other than with pharmaceuticals? You may not have known that your chiropractor is actually a great treatment provider for this condition. This musculoskeletal disorder affects your whole body and it can be difficult to diagnose and treat.

Instead of typical and invasive treatment options, you can go with a safe, non-invasive, alternative option like chiropractic care. Whether you already see a chiropractor and never thought to seek treatment for your fibromyalgia that way, or you’ve never been to one, schedule your next appointment to take care of your fibromyalgia symptoms once and for all.

Fibromyalgia syndrome or FMS is disorder of the body that causes musculoskeletal pain in your muscles, joints, tends, and soft tissue. It is most often found in women but it only affects a tiny percentage of the US population. It often leads to other painful symptoms such as cognitive issues and sleep issues, depression and anxiety, irritable bowel syndrome and fatigue, as well as joint disorders such as temporomandibular joint disorders.

If you’ve ever wondered how fibromyalgia is diagnosed, it is a difficult thing to diagnose with the lack of a lab test to determine it. If you or someone you know has had widespread pain for 90 days or longer and there is no underlying medical condition, a physician is likely to diagnose it.

Doctors believe that it’s caused by genetics, a physical trauma or stress, an emotional trauma or stress, or an infection. Unfortunately, physicians can’t pinpoint the cause of the disorder and it can be difficult for patients and doctors to accept that. It is believed that it is caused from these reasons above.

How a Chiropractor can help

With pain like the kind fibromyalgia presents, it’s important to seek care

to relieve the symptoms of the syndrome. Having overall wellness care is so good for the body, and can help with the care of fibromyalgia. In addition, your chiropractor can make adjustments needed to relieve the spine of subluxations caused from toxins, trauma, and your thoughts that cause stress.

Having misaligned vertebrae in the spine encourages these painful symptoms, and subluxations can work against your nervous system which is trying to send signals from your brain, spinal cord, and sensory organs to different parts of the body. Issues arise when the signals can’t be transmitted from brain to body, but seeking chiropractic care can help manage symptoms including pain, sleep interruptions, and fatigue.

Don’t think that your fibromyalgia pain must put a halt to enjoying life; seek chiropractic care to treat your symptoms from the inside out.

Vision Loss After Surgery and How Chiropractic Can Help

Postoperative vision loss (POVL) is a rare condition that typically occurs as a result of spine or cardiac surgery. Take the following studies into consideration: One study revealed that out of 3,450 surgeries, seven cases resulted in POVL. Similarly, another study reported 6 cases out of 14,102 surgeries that were associated with visual impairment post-surgery. Although this his data supports the low incidence rate POVL, it fails to address the need for solutions/treatments for these individuals.

There are 5 types of POVL that are known as external ocular injury; cortical blindness; retinal ischemia; ischemic optic neuropathy; and acute glaucoma. To date, treatment options largely depend on the type of POVL, however; they have yet to be deemed effective. For this reason, research is beginning to investigate alternative interventions such as chiropractic. In one case study, an 18-year old female expressed the following symptoms to a chiropractor: mid-back, neck, and low back pain, pain in her shoulders, numbness and tingling in both arms as well as her left leg and foot, vision loss in her left eye for two years, migraines, seizures, tinnitus, vertigo and digestive disorders. The patient experienced a stroke 4 years prior which required surgery and subsequently resulted in POVL.

No immediate changes were documented after the first adjustment. Instead, after the second adjustment which was administered 5 days after the initial adjustment, the patient reported seeing ‘sparkles’ in her left eye after which she was encouraged to rest for 15 minutes. After this time, the patient experienced resolution of vision loss that was present in her left eye! She was kept on a weekly schedule that involved leg-length checks, thermal scans, and Toggle Recoil technique that resulted in
maintenance of vision acuity, cessation of neck and back pain and fewer seizures as well as migraine headaches by the 11 th week of treatment.

The presented case study addresses the potential for chiropractic care to be used in the treatment of individuals who experience POVL. Additional research is required to support current findings.

Plantar Fasciitis – How Chiropractic can Help!

Over 2 million Americans suffer from a condition known as plantar fasciitis. The cause continues to be debated, although it said to be associated with inflammation of the plantar fascia and/or the result of degenerative changes in the connective tissue around a bone in the foot called the calcaneus (heel). Some of the contributing factors include: improper footwear, obesity, extensive standing, walking, and running in addition to other anatomical and biomechanical factors.

With so many people being affected by this disorder it is imperative that effective treatments are available. For example, evidence suggests that chiropractic care can provide great relief for patients.

Case Study: A 23-year old female with plantar fasciitis in the right foot sought chiropractic evaluation and intervention. Her primary complaint was severe bilateral foot pain that had been present for a month and a half prior to her consultation. More specifically, the patient experienced sharp pain at the base of her right foot that did not radiate, heel pain that was worse in the morning and aggravated with jogging, as well as the start of similar symptoms developing in her left foot. For temporary relief, the patient would use ice and rest with mild stretching. These symptoms made it incredibly difficult for her to complete activities throughout the day. She reported difficulty jogging due to the amount of pain she was experiencing and made several changes to her execution of exercises and choice of footwear to alleviate the pain.

Her chiropractic treatment involved 10, high velocity, low amplitude (HVLA) adjustments that were completed over the course of 4 months. Concluding these sessions, the patient shared that she felt less pain and as though she had stronger and more stable feet. Furthermore, the patient was able to jog lightly and wear different kinds of footwear.

It is important to understand that depending on one’s condition(s), other instruments and interventions may be applied. In this scenario, the patient’s treatment consisted of chiropractic adjustments as well as ultrasound therapy, rock tape, and neuromuscular re-education. As suggested by this article, chiropractic adjustments combined with other forms of treatment may be effective in providing relief for patients with plantar fasciitis. An important outcome of this study was the patient’s return to completing activities of everyday living. However, additional research is required to further explore the relationship between chiropractic care and this condition. 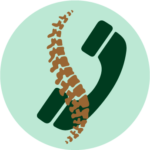 You can unsubscribe if you no longer wish to receive the newsletters.